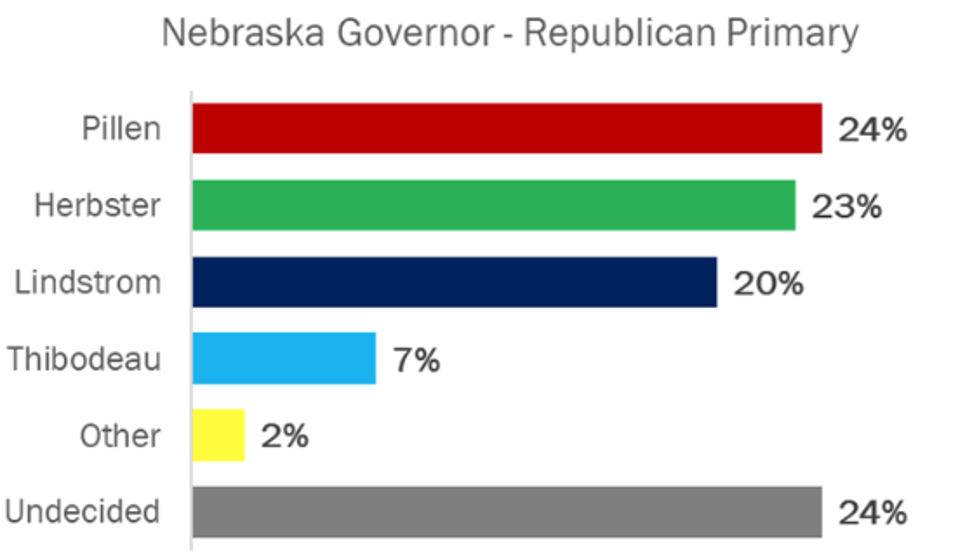 There is a new poll in the GOP race for governor and with 10 days to go, a quarter of the voters surveyed are still undecided.

According to the poll released by NU Regent Jim Pillen, Pillen, Charles Herbster and State Sen. Brett Lindstrom are in a statistical dead heat.

The bottom line: With 24 percent not sure who they are voting for, the race is far from over. The poll has a margin of error of 4.4 percent.

The poll, with 505 respondents, was conducted April 26-28 two weeks after accusations surfaced in the Nebraska Examiner that Herbster sexually assaulted State Sen. Julie Slama and six other unnamed women over the past several years. An eighth woman reportedly said Herbster forcibly kissed her.

Herbster has denied all the allegations.