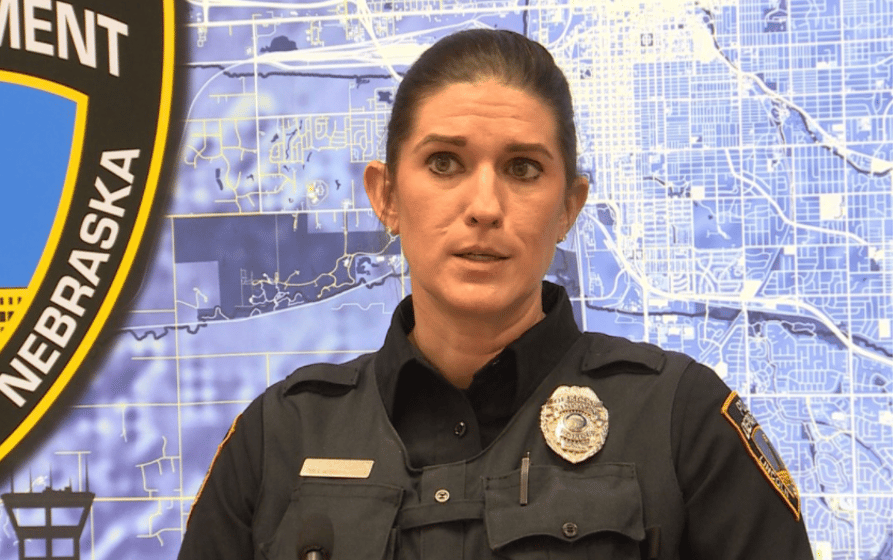 LINCOLN, Neb. (KOLN) - Erin Spilker, Public Information Officer for the Lincoln Police Department has filed a lawsuit against the City of Lincoln alleging years of discrimination, sexual assault, and harassment.

Spilker is the third female Lincoln Police Officer to file such a suit in the last year.

In the 34-page complaint, Spilker alleges she was sexually assaulted by male Lincoln Police Officers. The first physical assault occurred in 2014 when Spilker was in her home with two male officers. According to the court filing, one of the officers left the room and the second approached her from behind and sexually assaulted her. Spilker did not report this assault for fear of “retaliation, ridicule, and trauma she would have been subjected to within the department.”

A year later, in October of 2015, Spilker was sexually assaulted again by a different Lincoln Police Officer. According to the filing, Spilker was at a Halloween party when it happened. She again did not report the assault because of fear of retaliation.

The documents show that in 2018, when former officer Sarah Williams, complained to then-Chief Jeff Bliemiester about the toxic work environment for women, Williams disclosed female officers had been assaulted at the Lincoln Police Department, including Spilker. The documents said as far as Spilker is aware, no thorough investigation was initiated. In 2020, further along in Williams’ process of making complaints against the city, then-officer Angela Sands called on Bliemeister to conduct an investigation into two Lincoln Police Officers accused of assault, including the officer who assaulted Spilker at the Halloween party. Spilker said she was never interviewed in regard to this investigation.

Later on, in 2020, the court documents show Spilker was forced to interact with the officer who assaulted her several times.

In December 2020, then-Chief Bliemeister and then-Captain Michon Morrow informed Spilker the officer who assaulted her at the party would be removed from service during the investigation.

“Erin informed Bliemiester that she had been sexually assaulted by multiple officers at LPD but based on her experience and observations about how sexual assault victims were treated at LPD, she never reported the incidents,” the documents explain.

The complaint alleges the officer accused of assaulting Spilker worked from home during his suspension and later returned to work. He was ultimately given an eight-hour suspension. This was later found to be unrelated to the sexual assault and instead related to his physical assault of a male officer, according to the court documents.

These two assaults are not the only complaints in the court documents.

The documents also allege the department failed to provide an appropriate place for Spilker to pump breast milk for her children when she gave birth. The documents show Spilker was forced to pump in a sleeping room, a women’s locker room, restroom, and her cruiser. None of these facilities were private or hygienic. The documents allege that at times, janitorial staff walked in on women pumping in the locker room.

The documents said because she wasn’t provided adequate space for pumping, she often had to be out of service for longer periods than normal. They say she faced comments from officers saying she was only nursing her child as an excuse to be out of service.

Later, when Spilker was pregnant with her second child, she faced high-risk complications and had to go on light duty. When she ran out of light-duty time, she didn’t disclose health concerns for fear of retaliation and harassment.

“Being pregnant and attempting to care for one’s children while working at LPD was looked down upon by co-workers and supervisors within LPD,” the complaint reads.

Throughout the years, Spilker reports she faced unwanted sexual advances by fellow officers and personnel with Lincoln Fire and Rescue. She said when she did engage in relationships with fellow officers, she faced extreme scrutiny that the male counterparts did not face.

Later, officers, union members, and Assistant Chief Brian Jackson, who was serving as interim chief at the time, told Spilker he wouldn’t remove the Brady Letter even though he admitted it was issued inappropriately.

The complaint also reports instances where Spilker was made to feel uncomfortable by her supervisors within the department, including Moore and Sgt. Todd Beam. The documents show once, Beam requested Spilker send him a photo of a fellow officer, Sarah Williams, at the department’s lake day. Later, Spilker was subjected to weekly meetings with Beam to check on her mental health. The documents allege Beam asked Spilker about her personal life, children, and dating life until she was in tears. In her annual review with Beam, the documents allege he made comments about her vagina and other inappropriate comments.

In January 2021, Spilker and other female officers met with Lincoln Mayor Leirion Gaylor Baird to discuss their experiences and concerns about the selection process of a new police chief.

“Erin told Gaylor Baird she would never want her daughter to work for LPD because it wasn’t a safe place for women,” the complaint said.

The documents allege the women told Gaylor Baird women are groomed not to report violations and they need a new leader to come in and set a new tone.

In August 2021, Chief Teresa Ewins was selected as the new chief. The documents show Spilker was hopeful Ewins would bring change but they also show Ewins on various occasions has reportedly been abrupt and unpleasant with Spilker while she has attempted to perform her job. Following the city council meeting in which former officer Sarah Williams discussed her lawsuit and settlement with the city, that Spilker attended as a show of support for Williams, the documents accuse Ewins of avoiding communication with Spilker for several days. The documents show just last week, while on leave, Spilker was accused of leaking information to the press about a press conference.

“Erin believes that LPD is trying to find ways to terminate all of the women who have engaged in protected activity against the defendant,” the documents allege.

The court documents ask for a trial. They allege that as the result of the defendant’s actions, Spilker will suffer damages including, but not limited to, mental and emotional distress; fear; anguish; humiliation embarrassment; lost enjoyment of life; and other emoluments of employment.

The documents ask for compensation.