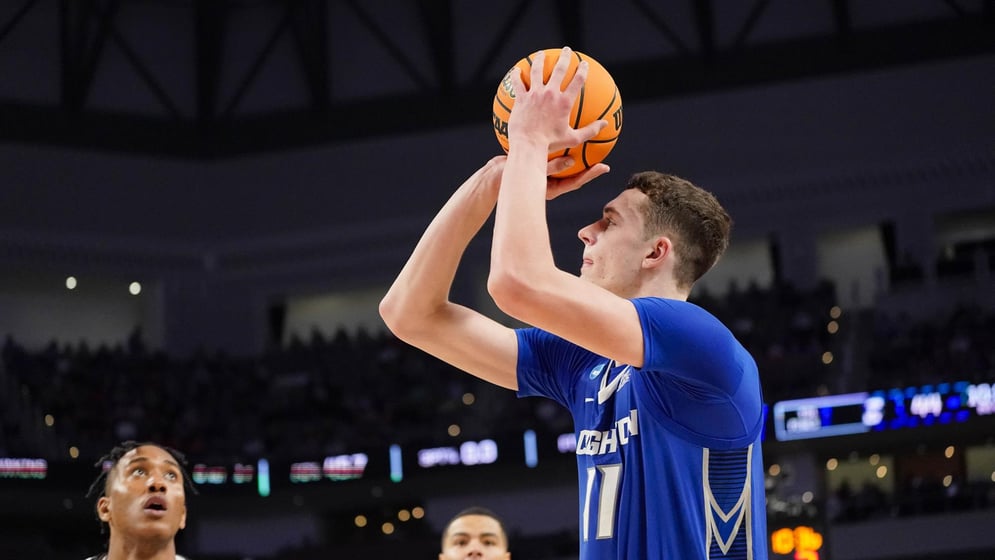 OMAHA, Neb. -- Naismith Award candidate Ryan Kalkbrenner made 10-of-11 shots from the field and scored a career-high 24 points as No. 9 Creighton rolled to a 96-61 win over North Dakota to open 2-0 for the 12th time in the last 13 seasons.

Trey Alexander (14) and Arthur Kaluma (12) also scored in double-figures for the Bluejays, which shot 51.4 percent from the field and made 12-of-27 three-point shots. CU won the rebound battle 49-20, with Baylor Scheierman grabbing 10 to lead all players. Ryan Nembhard led the CU offense with six assists.

Tsotne Tsartsidze scored all 16 of his points after halftime to lead the Fighting Hawks.

North Dakota got as close as 24 in the second half (77-53) before the Jays compiled a 15-0 run. The margin stretched to as much as 41 (96-55) in the final minute. Eleven of the 13 Bluejays in uniform scored, including the first career points in the collegiate debuts for freshmen Ben Shtolzberg (4), ZanderYates (3) and Evan Young (2).

UND shot 60 percent in the second half while draining 7-of-10 three-pointers, including four treys from Tsartsidze.

Creighton had 21 offensive rebounds compared to two for North Dakota, helping lead to a 24-0 advantage in second chance points. CU also outscored the Fighting Hawks 50-22 in the paint and 29-24 off the bench.

Creighton returns to action on Monday at 8 p.m. when it hosts Holy Cross.