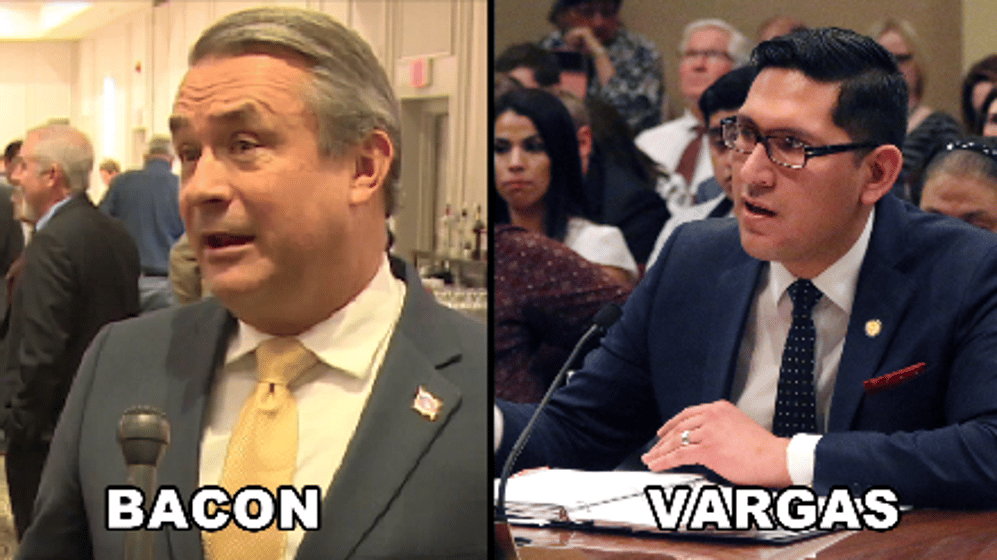 The bills passed largely on party lines—appear unlikely to pass the Senate—and find Bacon and Vargas taking far different views of both.

According to Bacon, the legislation “allows abortion up to birth and restricts religious freedoms of medical providers” and "is aimed at stripping state laws and federalizing access to abortion medication.”

Vargas’ campaign says the legislation prohibits state officials from preventing women from traveling to another state for an abortion. Vargas adding that Bacon’s votes “get more extreme by the day” as he also supports legislation that “would criminalize all abortions nationwide – even for women who have been victims of rape or incest or whose lives are at risk.”

News Channel Nebraska recently reported that, according to the website FiveThirtyEight, Bacon is a heavy favorite in the fall with an 88 percent chance of beating Vargas, the margin: 55-45.

That while Paul Landow, a retired political science professor at the University of Nebraska-Omaha who has contributed to Vargas’ campaign, believes that issues such as high gas prices and inflation will help Bacon, while the end of Roe v. Wade gives Vargas a “major boost.” According to Landow, “Taking away abortion rights will hurt the Republican by increasing Democratic voter turnout.”

On the fund-raising front, Bacon and Vargas both have items to boast.