Greene, Ottey To Be Inducted to Collegiate Athlete Hall of Fame 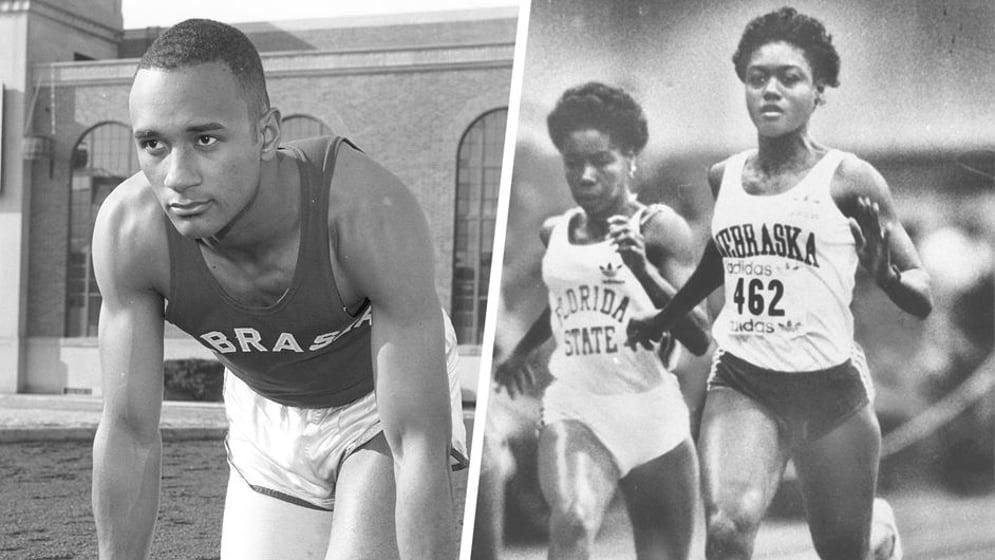 Former Nebraska track and field standouts Charlie Greene and Merlene Ottey are part of the inaugural class of inductees into the Collegiate Athlete Hall of Fame for track and field and cross country, the USTFCCCA announced on Thursday.

The induction ceremony is set to take place at the Hult Center for Performing Arts in Eugene, Ore., at 7:30 p.m. PT on June 6, the Monday preceding the 2022 NCAA Outdoor Championships at Hayward Field in Eugene.

The first class of inductees – 30 chosen solely on their accomplishments while a collegiate athlete – displays excellence in collegiate track and field and cross country at its very best. Combined they have compiled the following during their collegiate days: 205 national collegiate individual titles, 99 world records and 19 Olympic gold medals.

Eligibility for induction this year was limited to men who had completed their collegiate eligibility prior to 2000 and women prior to 2010, with the difference being an effort to increase the number of women eligible, as the men's side of the sport has a much longer history.

Greene, who recently passed away on March 14, was a six-time national champion on the track for the Huskers during his career from 1965-67, winning the most NCAA titles of any Nebraska male track and field student-athlete. Greene, who was inducted into the first Nebraska Athletics Hall of Fame Class of 2015, won three straight 60-yard dash titles at the 1965, 1966 and 1967 NCAA Indoor Championships, and he was also the NCAA outdoor champion in the 100-meter dash in each of those years. The first Husker to successfully defend an NCAA title in any sport, Greene was also a seven-time All-American and 11-time conference champion. To this day, Greene holds Nebraska school records in the 50-yard dash, 60-yard dash and 100-meter dash.

A former world record holder in the 100-meter dash, Greene was a two-time U.S. Olympian. In 1968, Greene was a member of the U.S. 4x100-meter relay team that won the Gold Medal with a world-record time of 38.19. After winning the first Gold Medal by a Husker student-athlete in the history of Nebraska Athletics, Greene became NU's first student-athlete to win multiple Olympic medals when he added a Bronze Medal in the 100-meter dash despite injuring his hamstring. In 1992, Greene was inducted into the USA Track & Field Hall of Fame, and he is also a member of the U.S. Olympic Hall of Fame.

Ottey also was inducted in Nebraska's first Athletics Hall of Fame Class in 2015. She won 14 individual national titles and earned 24 All-America awards, both of which are the most by any Husker student-athlete. Ottey won multiple NCAA titles in each of her five total seasons, including five combined indoor and outdoor titles in 1982 and four in 1981. She also earned multiple All-America accolades in each of her five seasons, with seven combined All-America awards in 1982, six in 1980 and five in 1981. Ottey was also a member of Nebraska's indoor national championship teams in 1982, 1983 and 1984. She still holds Nebraska's top indoor marks in the 55- and 200-meter dashes and the program's top outdoor marks in the 100- and 200-meter dashes.

Ottey's collegiate honors are but a fraction of her amazing athletic accomplishments, as she is also the most decorated Olympian in the history of Nebraska Athletics. Ottey was a seven-time Olympian and a nine-time Olympic medalist, winning three Silver Medals and six Bronze Medals. She competed in more Olympic Games than any other track and field athlete in history (male or female) representing Jamaica six times and Slovenia once. Her nine Olympic medals are the most by any female track and field athlete in Olympic history. She won her final Olympic medal at age 40, making her the oldest track and field medalist (male or female) in Olympic history. Ottey also won the most medals in the history of the World Championships (14), including three golds. In her distinguished career, Ottey won a total of 29 medals between the Olympics, World Championships and World Indoor Championships. She was the first female to run the 60-meter dash in under 7.0 seconds and was the first female to run the 200-meter dash under 22.0 seconds. Ottey's 200-meter dash indoor time of 21.87 in 1993 is still the world record, and she is the only female to break 22.0 seconds in the 200-meter dash indoors.